Women around the world joined #MeToo in to post their stories on social media, including in Egypt, Lebanon, Pakistan and India. French women called their campaign “Expose Your Pig” (#BalanceTonPorc). It became more controversial when actress Catherine Deneuve and 100 other women published a letter in January of 2018 criticizing the movement for being too Puritan and a witch hunt while supporting male flirting and gallantry. Chinese feminist “silence breakers” who tried to organize their own #MeToo movement with petitions demanding investigation into sexual harassment and Internet logos of fists with painted nails were blocked by government censors who deleted petitions and blocked social media use of phrases like “anti-sexual harassment” or “#MeTooChina. They also demanded more women in high office. “We are angry and shocked,” declared activist Zhang Leilei, age 24.[i] Journalist Sophia Huang Xueqin, 30, created a social media platform to report sexual harassment, observing, “We’re not brave enough to stand out as one individual. But together, we can be strong.” One brave individual, Luo Xixi posted an online essay read by more than three million people, describing sexual harassment by her professor at Beihang University. She moved to the US.

Muslim women started #DearSister to express their voices. In Pakistan, the controversial film Verna (2017) tells the story of a teacher who is abducted and raped by the son of a governor. The Central Board of Film Censors banned the film for “maligning state institutions,” but an appellate board lifted the ban due to the #UnbanVerna campaign.

About half of all US college students lack food security, with students of color, first generation students, former foster youth, and LGBT students most at risk.[i]

[i] “Hunger on Campus,” National Student Campaign Against Hunger and Homelessness, October 2016. 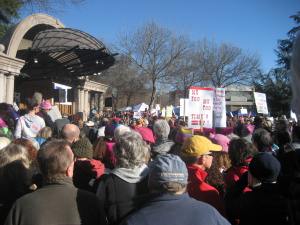 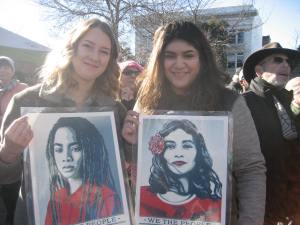 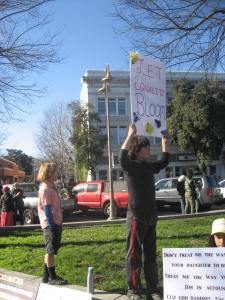 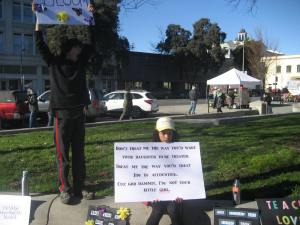 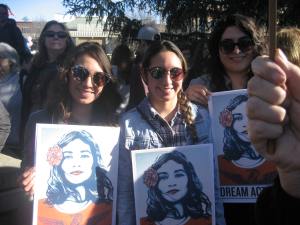 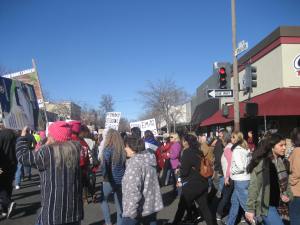 What makes Brave revolutionary is its global rather than regional reach and its rare inclusion of many young women’s actual voices from around the world. Brave explores young women’s global activism, based on hundreds of interviews—some videotaped and on YouTube, and over 4,000 surveys from 88 countries. The book includes popular cultural references and feminists’ critiques of the economic and political system. Volume 1 is about global issues and Volume 2 is about regional activism. Discussion questions and activities are included, along with extensive references for changemakers.

Gayle Kimball, Ph.D., is the author or editor of 16 books and was the first Coordinator of Women’s Studies at CSUC. She blogs at https://globalyouthbook.wordpress.com/.

Finally, we hear the authentic voices of young women from around the globe. Listen–they are the future. Encompassing views from traditional to radical, Brave is a work unlike any other in the fields of women’s, youth, and global studies. Rigorously researched, and including input from young women everywhere, it is a work not to be ignored. Morgan Brynnan, MLS

The Global Feminisms Project is a collaborative international project that examines the history of feminist activism, women’s movements and academic women’s studies in China, India, Poland, and the United States. We are examining the histories of feminism in local contexts by collecting ten videotaped oral histories of women’s movement activists and women’s studies scholars in each country. The Project is based in the Institute for Research on Women and Gender (IRWG) at UM, which is also the home for the US site research team.

The #MeToo campaign started by actor Alyssa Milano in response to revelations about sexual harassment by producer Harvey Weinstein in 2017 generated millions of responses from women reporting sexual assault or harassment. It generated even more hits than #EverydaySexism that started in England[i] with millions of responses from women reporting sexual assault or harassment (more than six million hashtags were posted from October to December).  Women around the world joined in to post their stories on social media, including in Egypt, Lebanon, Pakistan and India. French women called their campaign “Expose Your Pig” (#AlanceTonPorc) Muslim women started #DearSister to express their voices. In Pakistan, the controversial film Verna (2017) tells the story of a teacher who is abducted and raped by the son of a governor. The Central Board of Film Censors banned the film for “maligning state institutions,” but an appellate board lifted the ban due to the #UnbanVerna campaign. (Saving Face about the victim of an acid attack and A Girl in the River, about an attempted honor killing, also addressed violence against Pakistani women.)

Public awareness of sexual harassment was sparked in 1991 when Anita Thomas was seen on TV testifying to the all white male Judiciary Committee about Clarence Thomas, which incited more women to enter politics especially when the committee wouldn’t allow other women to testify against Thomas. Currently about 40% of women say they have experienced unwanted sexual attention or coercion at work, but one study found three-quarters of people who spoke up about harassment faced retaliation. What makes women vulnerable is their low status and lack of power at work: Women are 35% more likely to live in poverty than men. In Scandinavia women have more independence because the “nanny state” provides cradle-to-the-grave security. The #MeToo Twitter campaign again raised public awareness around the world and resulted in some prominent harassers like Harvey Weinstein being fired; articles about him published in October of 2017 resulted in action. The movement also encouraged the 19 women who accuse Trump of harassment to speak out and one of them, Summer Zervos, filed a suit against me for defamation of character for calling her and the other liars.[ii] Some solutions are stronger and more unions, raising boys differently, more women in power, and restricting nondisclosure agreements. The TIME Magazine persons of the year were the “Silence Breakers.”

Over 300 women prominent in the entertainment energy, featuring women of color (i.e., Shonda Rhimes, Eva Longoria, America Ferrera), developed “Time’s Up” announced on January 1, 2018. They secured $13 million in donations to a Legal Defense Fund to help blue-collar women, promote legislation to penalize companies with ongoing harassment, and a push for gender equality in the entertainment industry. Their webpage with resources is https://www.timesupnow.com. They asked women to wear black at the Golden Globes film awards and to talk about the problem rather than who designed their dresses. Leaderless, they organize in working groups in Los Angeles, New York and London. Rhimes explained, “We just reached this conclusion in our heads that, damn it, everything is possible. Why shouldn’t it be?”[iii] Rheese Witherspoon said, “We have been siloed off from each other….We’re now locking arms in solidarity with each other….”

[ii] “The 19 Women who Accused President Trump of Sexual Misconduct,” The Atlantic, December 7, 2017.

“Turkey’s directorate of religious affairs has declared that Islamic law allows girls to marry at age 9, prompting outrage on social media and calls for a parliamentary inquiry from the country’s main opposition party. The Diyanet, a government body that employs all of the country’s imams, provides Quranic training for children, and drafts weekly sermons that are delivered at the country’s 85,000 mosques, had issued a statement on its website claiming that Islamic law dictates that adolescence begins for girls at age 9 — and that girls who had reached the age of adolescence had the right to marry.

The Diyanet has claimed that its intention was merely to define a contentious point of Islamic law and that the declaration would not change the country’s minimum age of marriage — typically 17 years of age, although exceptions can be granted for those who are age 16. Secular critics, however, have suggested that the move is clearly intended to encourage child marriage by pointing to the widespread use of unofficial religious weddings that often involve underage participants, the recent passage of a law that allows Muslim clerics to conduct civil marriages, and the grim reality that an estimated third of all legal marriages in the country already involve girls under the age of 18.”

A 16-year-old girl, Ahed Taminmi became the poster child of the resistance when she slapped and kicked two Israeli soldiers who were on her family’s property in December of 2017. They left as seen on video.[i] The video of course went viral and a military court indicted Ahed and her mother for aggravated assault although she said the same shoulders shot her cousin in the head with a rubber bullet an hour earlier in front of her house. She was well-known for first raising her fist to an Israeli soldier in 2012 when she was a little girl with a blond ponytail, shown in the endnote.